Kasumi is talking to her friends in a class room. She’s is very excited. Karen Uehara and Ai Mizushima ask Kasumi if they can talk to her. All three girls enter the gym room and Karen wants to know if Kasumi is interested in joining their exclusive “girl club”. Kasumi agrees but she has to do something. Ai makes Kasumi lift up her skirt exposing her panties to Karen who is taking pictures on her cell phone. Ai makes Kasumi bend over and more pictures are taken of Kasumi showing off her panties! 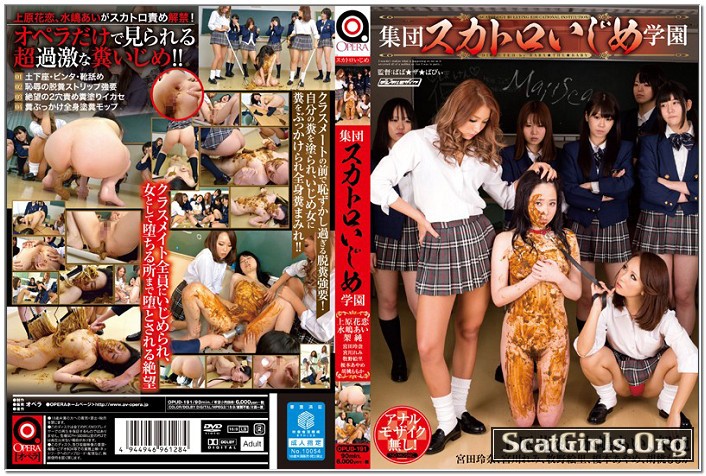 The chalk board in the class room is full of printed out pictures of Kasumi posing for the two girls from before. All her friends in the class room, Rena Miyata, Kurumi Momoka, Ayame Enomoto, Eri Makino and Remi Miyakawa are holding the pictures of Kasumi! Kasumi is not happy at all and rips the pictures form the board and tries to grab the other pictures. She starts to cry and collapses to the floor. Ai pushes her to the floor. None of the girls care about Kasumi now since she tried to show off. Ai makes Kasumi lick her shoe and the rest of the girls start to bully Kasumi. Ai slaps her right across the face and makes her lick and kiss her shoes. The girls gang up on the defenseless Kasumi! They strip off her skirt and spread her legs exposing her white panties. All the girls leave Kasumi on the floor.

The next day, Kasumi enters the class room and Ai goes right to Kasumi. She grabs her hair and makes her get on top of the school desk. She strips off her skirt while all the girls are watching. Ai and Karen bully Kasumi until she is naked. The five other girls spread and hold Kasumi legs apart as Kasumi struggles. They make her get into doggie position and all the girls take cell pictures of her little asshole. Karen then spreads Kasumi asshole and makes her shit onto the table. All the girls scream as she shits out a small piece then she pushes out a huge shit onto the table. Ai and Karen gape Kasumi little dirty butt as her friends take pictures! 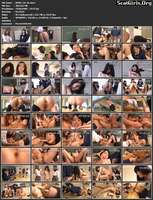