Hot kinky brunette Jenny with ponytails shit on an overpass of a motorway in white panties. She pee through it, then shit & start to smudge it to her ass, shake her ass, lick it from her finger, then take off her panty and throw it to the motorway. Her second scene is on a meadow where she put a nice portion to her panty and spread it with her hands. 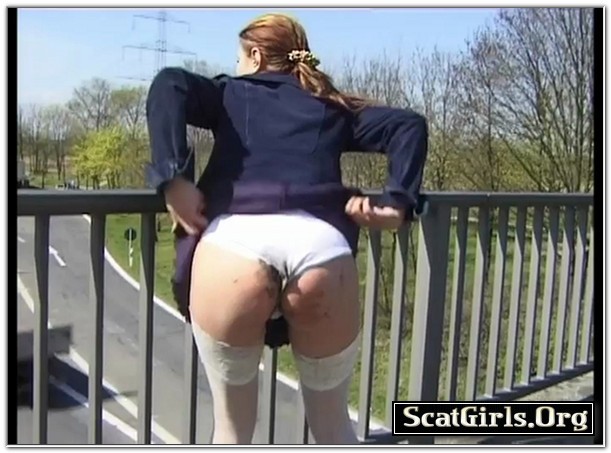 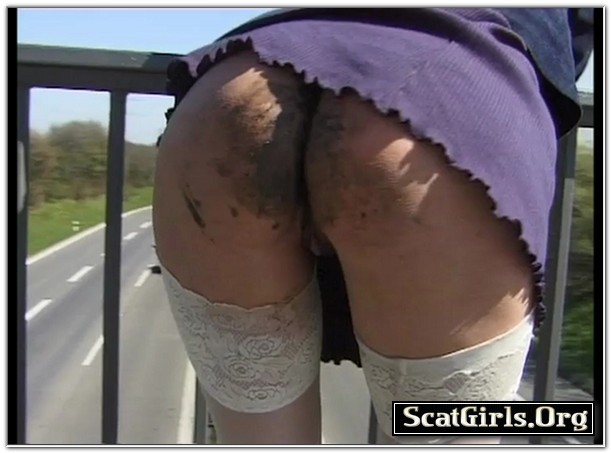